How Sweet it is! The Real Scoop on Sugar. 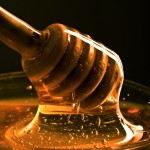 Who doesn’t love sweets? I often prefer fruit-based, home-made desserts occasionally over chocolate. Whenever I mention to people that I don’t crave chocolate and I could do without, I get a startled response. We all have our preferences and being aware of the quality of sweeteners can help you choose healthier alternative to the “addictive white poison.”

Here are a few healthy substitutes:
• Stevia is an herb with highly concentrated sweetness.
• Agave syrup is made from agave cactus (same cactus used in Tequila) and is similar to honey but milder and half as sweet.
• Brown Rice Syrup is a malted syrup from brown rice and less sweet than honey.
• Barley Malt is a malted syrup from barley, similar but milder than molasses.

These sweeteners can be purchased in health food stores. Most of these sweeteners have a low glycemic effect on your blood sugar. To learn more about the glycemic index and how it can affect our health and waistline refer to Chapter 2, “Getting through the Carbohydrate Maze”.

What is Sugar?
Sugar is a simple carbohydrate: a chemical compound composed of carbon, hydrogen and oxygen atoms in a 1:2:1 ratio. Digestive enzymes reduce all carbohydrates to glucose (called blood sugar) for absorption. Whether we are eating brown rice or brown sugar, the end result will be blood glucose. So why eat brown rice when the end result is the same glucose? When we understand how our bodies process all carbohydrates, the answer becomes clear.

Whether carbohydrates are simple or complex, their main dietary function is to supply cells with energy. It is the speed at which carbohydrates turn into blood glucose that is important. Carbohydrates that convert quickly are referred to as high glycemic. Refined carbohydrates cause a sudden rise in blood glucose alerting the pancreas to release insulin to transport the sugar to the cells. This excess of refined carbohydrates in the American diet it is converted into fat energy for later use. The more refined a sweetener (such as white and brown sugar) the quicker and higher the glycemic effect on the blood and insulin levels.

Carbohydrates such as whole grains will digest more slowly causing a gradual rise in blood sugar without a “sugar rush” and the resulting insulin reaction. They give us needed energy for hours without the “sugar blues” that often follows the use of refined sweeteners.

Sugar Blues:
According to the U.S. Department of Agriculture (USDA), Americans are consuming 156 pounds of sugar and sweeteners per person, each year! Most of this excess sugar (60%) is in the form of high-fructose corn syrup (HFCS). According to the World Health Organization (WHO), consumption of the sweetener, which flavors everything from salad dressings to condiments, crackers, snacks and soda, has increased 3.5% per year in the last decade. That’s twice the rate at which the use of refined sugar has grown.
• Soft drinks contain the greatest amount of HFCS. During 1950, eleven gallons of soft-drink were consumed per person per year. By 2003 this consumption rose to 46 gallons per person, almost a gallon a week per person!
• Most of this HFCS is added to refined, processed and junk food. You wouldn’t imagine that yogurt, peanut butter, ketchup and some types of crackers are loaded with hidden sugar, but they are. Always read labels.
• Between 1987 and 1997, sugar consumption increased another 20% during the “low-fat” and “no-fat” diet craze. Consumption of added sugar in processed baked goods replaced the fat for flavor and Americans gained an average of 8.5 pounds.
• Bone fractures in adolescents have increased by 34%. This is due, in part, to adolescent increased consumption of soda, decrease in milk and very little water. Soda accounts for twice the volume of milk in an average child diet. Soda contains phosphoric acid which can interfere with calcium absorption in the bones. Both the soda and lack of water can lead to a chronic acidosis condition which will further leach calcium from the bones and teeth.
The United Nations and the World Health Organization released guidelines in 2003 that say sugar should account for no more than 10% of daily calories. In a 2,000-calorie-a-day diet, that amounts to 200 calories — or only eight heaping teaspoons of table sugar! A single can of regular soda, has the equivalent of 10 teaspoons! You’re already over the suggested limit. Check the labels because once you start paying attention, you will be shocked to learn that sugar and (HFCS) is everywhere!
White sugar lacks the vitamins, minerals, fiber, protein and trace elements that were present in the natural plant from which it was processed. Sugar is loaded with empty calories! When you eat an excess of sugar, your body must borrow vital nutrients such as calcium, sodium, potassium and magnesium from healthy cells to metabolize the incomplete food. Over time, calcium loss can result in teeth decay and bone loss eventually leading to osteoporosis. Refined sugars cause a high glycemic reaction in the blood, setting off an insulin response that can lead to weight gain. Read more in my section “Glycemic Index and Carbohydrates.”

Corn syrup is used in household baking and candy making. Corn syrup is chemically refined syrup made from GMO (genetically modified) corn and should be avoided.

White sugar is made from either sugar beets (30%) or sugar cane (70%) that has been refined and processed, resulting in 99.9% sucrose. By the way, sugar beets are one of the more recent patented GMO seeds (genetically modified) approved for planting by the FDA. Additionally, white sugar it causes a very high glycemic reaction in the blood.

Brown sugar is white sugar with a bit of molasses added back in for color and texture.

Turbinado or raw sugar is made the same way as white sugar except for the last extraction of molasses. Still contains 96 % sucrose with very little nutritional value.

Natural Sweeteners
Natural sweeteners can actually have some nutritive value, because they are made from natural whole food sources with very little processing. Natural sweeteners are digested more slowly and won’t cause the glycemic spike and drop in our blood sugar (sugar blues) as dramatically as refined sweeteners. Natural sweeteners have varying degrees of “sweetness” and glycemic reactions, so experiment with them. Most are great for baking but depending on their liquidity, you might have to adjust your recipe for texture. Diabetics must be very cautious when using any type of sweetener. We are all familiar with honey, maple syrup, and molasses, but many others such as agave, date sugar, rapadura (evaporated cane sugar), rice syrup, barley malt, yucon, sorghum and fruit juices are all unrefined and so retain valuable nutrients.