Top ‘Foods’ That Cause Depression 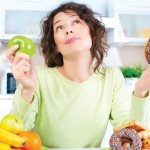 1. Sugars and sweets
Research is beginning to make the link between sugar’s ability to raise levels of inflammationthroughout the brain and body to higher incidences of depression. For example, a study published in the JAMA Psychiatry discovered that brain inflammation was 30 percent higher in clinically depressed patients.

Another study found that patients who took medication to reduce inflammation due to autoimmune or inflammatory disease were less likely to develop symptoms of depression. These findings further underscore a link between the effects of sugar in causing inflammation and increased incidence of depression. Reducing your intake of sugary foods and replacing them with anti-inflammatory choices can improve your mood.

2. Refined carbohydrates
Simple, refined carbohydrates have been in the spotlight in recent years for their lack of nutrients and contributions to the growing obesity epidemic. But Columbia University researchers wanted to find out if those simple carbs could also spark depression. With data gleaned from the Women’s Health Initiative, tracking more than 70,000 women, the study results showed that the higher a woman’s blood sugar jumped after consuming sugar and refined grains, the greater her risk of developing depression.

Published in the American Journal of Clinical Nutrition, the researchers noted that their study also showed the opposite to be true: women consuming a diet high in whole grains and healthy produce reduced their risk of depression.

3. Trans fats
You have probably heard that healthy fats and oils, like extra virgin olive oil, can lower your risk of several serious health conditions, including heart disease and depression. But the opposite is also true. Research has shown that consuming too many unhealthy trans fats can increase your chances of depression by as much as 48 percent.

4. Artificial sweeteners
If you are thinking about giving up sugar and satisfying your sweet tooth with foods laden with aspartame, think again. While you may be able to reduce your calories, these sugar alternatives are best avoided if you already suffer from symptoms of depression because research has shown they can drastically worsen symptoms.

Researchers at the University of Northwestern Ohio had to stop a study of artificial sweeteners because some participants developed suicidal thoughts. Those individuals who did not previously suffer from depression were not affected in the same way, although there is evidence that artificial sweeteners can significantly lower serotonin levels in the brain.

Choosing a healthy diet dominated by whole foods, complex carbohydrates and natural fruit-derived sweeteners not only helps you manage your weight and reduce chances of serious illness, but it can improve your mental health as well. Clear your kitchen of processed foods, sugary snacks and artery-clogging trans fats. Not only will you improve your physical health, but you can expect to see your mood brighten as well.